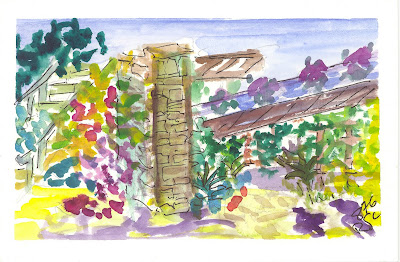 I’ve built many wren houses since my wife and I moved to the country 25 years ago. It’s a good thing to do in the winter. At one point I had so many extra that in the spring I set up at a local farmers’ market and sold them for five dollars apiece. I say all this to assert that I am an authority at listening to the so small voices that Thomas R. Smith captures in this poem. Smith lives in Wisconsin.

I am a student of wrens.
When the mother bird returns
to her brood, beak squirming
with winged breakfast, a shrill
clamor rises like jingling
from tiny, high-pitched bells.
Who’d have guessed such a small
house contained so many voices?
The sound they make is the pure sound
of life’s hunger. Who hangs our house
in the world’s branches, and listens
when we sing from our hunger?
Because I love best those songs
that shake the house of the singer,
I am a student of wrens.

American Life in Poetry is made possible by The Poetry Foundation (www.poetryfoundation.org), publisher of Poetry magazine. It is also supported by the Department of English at the University of Nebraska-Lincoln. Poem copyright ©2005 by Thomas R. Smith, whose most recent book of poetry is Waking Before Dawn, Red Dragonfly Press, 2007. Poem reprinted from the chapbook Kinnickinnic, Parallel Press, 2008, by permission of Thomas R. Smith and the publisher. The poem first appeared in There is No Other Way to Speak , the 2005 "winter book" of the Minnesota Center for Book Arts, ed., Bill Holm. Introduction copyright © 2009 by The Poetry Foundation. The introduction's author, Ted Kooser, served as United States Poet Laureate Consultant in Poetry to the Library of Congress from 2004-2006. We do not accept unsolicited manuscripts.