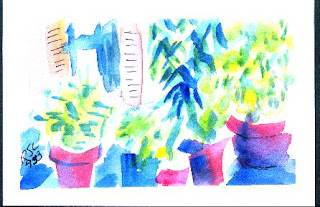 American Life in Poetry: Column 322BY TED KOOSER, U.S. POET LAUREATE, 2004-2006Cathy Smith Bowers was recently appointed poet laureate of North Carolina, and I want to celebrate her appointment by showing you one of her lovely poems, a peaceful poem about a peaceful thing.Peace Lilies I collect them now, it seems. Likesea-shells or oldthimbles. One forFather. One forMother. Two for my sweet brothers.Odd how littlethey require ofme. Unlike theones they were sent in memoryof. No suddenshrilling of thephone. No harriedmidnight flights. Only a littlewater now andthen. Scant food andlight. See how I’vebrought them all together here inthis shaded spacebeyond the stairs.Even when theythirst, they summon me with nothingmore than a soft,indifferent furl-ing of their leaves.  American Life in Poetry is made possible by The Poetry Foundation, publisher of Poetry magazine. It is also supported by the Department of English at the University of Nebraska-Lincoln. Poem copyright ©2004 by Cathy Smith Bowers, whose most recent book of poetry is The Candle I Hold Up to See You, Iris Press, 2009. Poem reprinted from A Book of Minutes, Iris Press, 2004, by permission of Cathy Smith Bowers and the publisher. Introduction copyright 2011 by The Poetry Foundation. The introduction's author, Ted Kooser, served as United States Poet Laureate Consultant in Poetry to the Library of Congress from 2004-2006. We do not accept unsolicited manuscripts.******************************
Posted by Robin Chapman at 5/29/2011 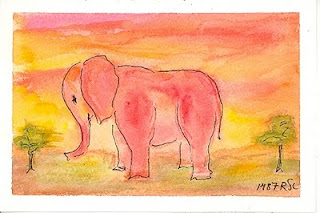 American Life in Poetry: Column 321BY TED KOOSER, U.S. POET LAUREATE, 2004-2006For me, the most worthwhile poetry is that which reaches out and connects with a great number of people, and this one, by Joe Mills of North Carolina, does just that. Every parent gets questions like the one at the center of this poem.How You Know How do you know if it’s love? she asks, and I think if you have to ask, it’s not, but I know this won’t help. I want to say you’re too young to worry about it,as if she has questions about Medicare or social security, but this won’t help either. “You’ll just know” is a lie, and one truth, “when you still want to be with them the next morning,” would involve too many follow-up questions. The difficulty with love, I want to say, is sometimes you only know afterwards that it’s arrived or left. Love is the elephant and we are the blind mice unable to understand the whole. I want to say love is this desire to help even when I know I can’t, just as I couldn’t explain electricity, stars, the color of the sky, baldness, tornadoes, fingernails, coconuts, or the other things she has asked about over the years, all those phenomena whose daily existence seems miraculous. Instead I shake my head. I don’t even know how to match my socks. Go ask your mother. She laughs and says, I did. Mom told me to come and ask you.
Posted by Robin Chapman at 5/17/2011 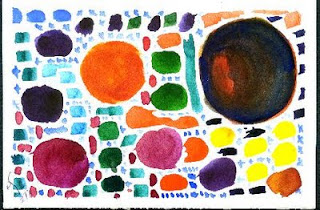 When I was a little boy, the fear of polio hung over my summers, keeping me away from the swimming pool. Atomic energy was then in its infancy. It had defeated Japan and seemed to be America’s friend. Jehanne Dubrow, who lives and teaches in Maryland, is much younger than I, and she grew up under the fearsome cloud of what atomic energy was to become.﻿


We dreamed of glowing children,
their throats alive and cancerous,
their eyes like lightning in the dark.

We were uneasy in our skins,
sixth grade, a year for blowing up,
for learning that nothing contains

that heat which comes from growing,
the way our parents seemed at once
both tall as cooling towers and crushed

beneath the pressure of small things—
family dinners, the evening news,
the dead voice of the dial tone.

Even the ground was ticking.
The parts that grew grew poison.
Whatever we ate became a stone.

Whatever we said was love became
plutonium, became a spark
of panic in the buried world.


American Life in Poetry is made possible by The Poetry Foundation, publisher of Poetry magazine. It is also supported by the Department of English at the University of Nebraska-Lincoln. Poem copyright ©2010 by Jehanne Dubrow, whose most recent book of poems is Stateside, Northwestern Univ. Press, 2010. Poem reprinted from West Branch, No. 66, 2010, by permission of Jehanne Dubrow and the publisher. Introduction copyright 2011 by The Poetry Foundation. The introduction's author, Ted Kooser, served as United States Poet Laureate Consultant in Poetry to the Library of Congress from 2004-2006. We do not accept unsolicited manuscripts.