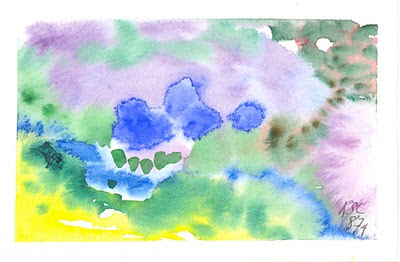 American Life in Poetry: Column 285
BY TED KOOSER, U.S. POET LAUREATE, 2004-2006
In our busy times, the briefest pause to express a little interest in the natural world is praiseworthy. Most of us spend our time thinking about other people, and scarcely any time thinking about other creatures. I recently co-edited an anthology of poems about birds, and we looked through lots of books and magazines, but here is a fine poem we missed, byTara Bray, who lives in Richmond, Virginia.

Once
I climbed the roll of hay to watch the heron
in the pond. He waded a few steps out,
then back, thrusting his beak under water,
pulling it up empty, but only once.
Later I walked the roads for miles, certain
he’d be there when I returned. How is it for him,
day after day, his brittle legs rising
from warm green scum, his graceful neck curled,
damp in the bright heat? It’s a dull world.
Every day, the same roads, the sky,
the dust, the barn caving into itself,
the tin roof twisted and scattered in the yard.
Again, the bank covered with oxeye daisy
that turns to spiderwort, to chicory,
and at last to goldenrod. Each year, the birds—
thick in the air and darting in wild numbers—
grow quiet, the grasses thin, the light leaves
earlier each day. The heron stood
stone-still on my spot when I returned.
And then, his wings burst open, lifting the steel-
blue rhythm of his body into flight.
I touched the warm hay. Hoping for a trace
of his wild smell, I cupped my hands over
my face: nothing but the heat of fields
and skin. It wasn’t long before the world
began to breathe the beat of ordinary hours,
stretching out again beneath the sky.
American Life in Poetry is made possible by The Poetry Foundation, publisher of Poetry magazine. It is also supported by the Department of English at the University of Nebraska-Lincoln. Poem copyright ©2006 by Tara Bray, and reprinted from her most recent book of poems, Mistaken for Song, Persea Books, Inc., 2009, by permission of the publisher. Introduction copyright ©2010 by The Poetry Foundation. The introduction's author, Ted Kooser, served as United States Poet Laureate Consultant in Poetry to the Library of Congress from 2004-2006. We do not accept unsolicited manuscripts.***************
Posted by Robin Chapman at 12/02/2010