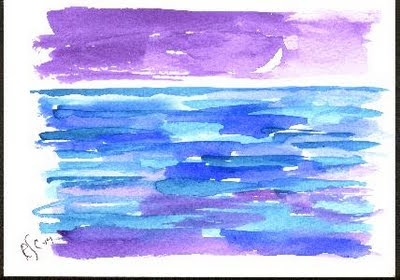 Love predated the invention of language, but love poetry got its start as soon as we had words through which to express our feelings. Here’s a lovely example of a contemporary poem of love and longing by George Bilgere, who lives in Ohio.

I am doing laps at night, alone
In the indoor pool. Outside
It is snowing, but I am warm
And weightless, suspended and out
Of time like a fly in amber.

She is thousands of miles
From here, and miles above me,
Ghosting the stratosphere,
Heading from New York to London.
Though it is late, even
At that height, I know her light
Is on, her window a square
Of gold as she reads mysteries
Above the Atlantic. I watch

The line of black tile on the pool’s
Floor, leading me down the lane.
If she looks down by moonlight,
Under a clear sky, she will see
Black water. She will see me
Swimming distantly, moving far
From shore, suspended with her
In flight through the wide gulf
As we swim toward land together.

American Life in Poetry is made possible by The Poetry Foundation (www.poetryfoundation.org), publisher of Poetry magazine. It is also supported by the Department of English at the University of Nebraska-Lincoln. Poem copyright ©2009 by George Bilgere, whose most recent book of poems is Haywire, Utah State University Press, 2006. Reprinted by permission of George Bilgere. Introduction copyright © 2009 by The Poetry Foundation. The introduction's author, Ted Kooser, served as United States Poet Laureate Consultant in Poetry to the Library of Congress from 2004-2006. We do not accept unsolicited manuscripts.