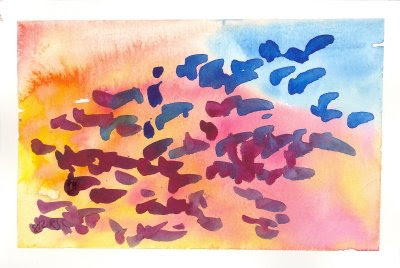 Snow lies deep on the hardscape of winter

Out of the North comes a lonely, austere cry

The sky opens, the woods close

And the air is full of harsh dissonance

A skein of wild geese beats its intrepid way

Across a low, bleak monochrome of sky

They scrape the ceiling of laden clouds

Strident in a breathless quest for haste

Unerring in the faith of ancient pathways

Summer’s song is on the wing

A memory of that poignant passage