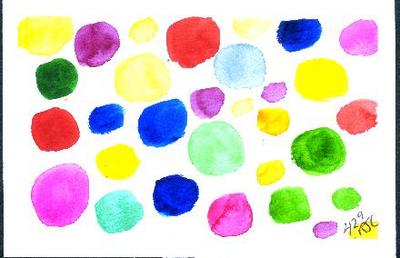 They debate the meaning of rifts
on Jupiter's cracked, crazed,
planet-like moon. Oceans roiling under
the surface? An eggshell coating of ice?
And the off-center wobbles of stars--
do they suggest the orbits of planets,
or nearby brown dwarves, unlit?

The astronomers tune mechanical ears
to search for the song of intelligent life.

One night I take Teisha, 11 and poor,
to the observatory. I want her to know
the opening dome, shadowed craters,
bright lunar disc, worlds beyond her own.
As we walk up the hill, she tells me the plot
of She's Having A Baby. She can't believe
I've never seen it; she's rented it seven times.

She peers through the telescope, shrugs. She sees
a slice of holey cheese; no man, no mystery.

When the astronomers find what they're
seeking (an audible sigh, fragments
of proteins) we will know that we're
not unique. What life they find will also be
a little lower than angels. We'll be left
to our children, like Teisha, who says--
walking back to the car through the silvery night--

I can't wait to have babies. My cousin has
a new baby, round-faced, bright as the moon.