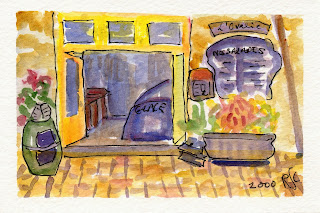 The bread of life, well, what is it, anyway? Family, community, faith? Here’s a lovely reminiscence about the way in which bread brings us together, by Richard Levine, who lives in Brooklyn.

Each night, in a space he’d make
between waking and purpose,
my grandfather donned his one
suit, in our still dark house, and drove
through Brooklyn’s deserted streets
following trolley tracks to the bakery.

There he’d change into white
linen work clothes and cap,
and in the absence of women,
his hands were both loving, well
into dawn and throughout the day—
kneading, rolling out, shaping

each astonishing moment
of yeasty predictability
in that windowless world lit
by slightly swaying naked bulbs,
where the shadows staggered, woozy
with the aromatic warmth of the work.

Then, the suit and drive, again.
At our table, graced by a loaf
that steamed when we sliced it,
softened the butter and leavened
the very air we’d breathe,
he’d count us blessed.


American Life in Poetry is made possible by The Poetry Foundation (www.poetryfoundation.org), publisher of Poetry magazine. It is also supported by the Department of English at the University of Nebraska-Lincoln. Poem copyright ©2012 by Richard Levine from his most recent book of poems, A Tide of a Hundred Mountains, Bright Hill Press, 2012. Reprinted by permission of Richard Levine and the publisher. Introduction copyright © 2013 by The Poetry Foundation. The introduction's author, Ted Kooser, served as United States Poet Laureate Consultant in Poetry to the Library of Congress from 2004-2006. We do not accept unsolicited manuscripts.
******************************
Posted by Robin Chapman at 11/25/2013 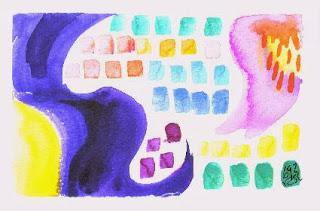